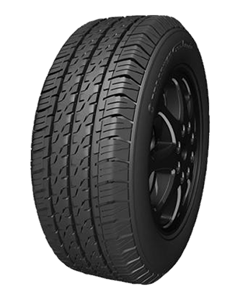 A budget van tyre by Roadshine.